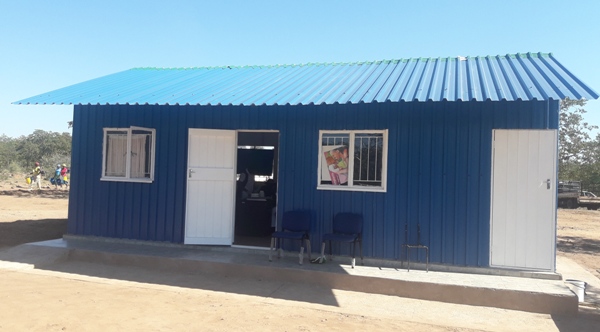 The Senator for Beitbridge Cde Tambudzani Mohadi officially handed over the Malabe border health post which was constructed through an initiative by the ministry of health and child care, Development Aid from People to People and Elimination 8 in Beitbridge District recently.

Speaking during the event attended by over 300 people, Cde Mohadi said Malabe Health Post aims to improve timeous detection of cross border malaria cases in order to clear the reservoirs of infectious parasites that contribute to on-going transmission in SADC countries aiming to eliminate malaria.

She added that the health post represents a breakthrough for the Malabe community, villages around and mobile population who will not need to travel long distances to the nearest health facility to seek malaria treatment and other medical attention. “I applaud such a move since it will go a long way to improve access to primary health care services for our communities. It is my sincere hope that in the near future the post will be upgrade to a clinic status.”

Speaking at the same occasion DAPP Zimbabwe project leader Petros Muzuva said Malabe health post is one of five Elimination 8 border health posts in Zimbabwe namely Chinaka ( Mutasa) Sango Border post ( Chiredzi), Rwenya ( Mudzi) and Ganganyama ( Rushinga). He highlighted that 3 of the 5 health posts are already operational and the other two are in their construction phase.

He also applauded the Elimination 8 and Ministry of health for coming together as a united front in fighting Malaria “We believe that through joining hands together we can prevent, treat and eradicate Malaria by 2030.” 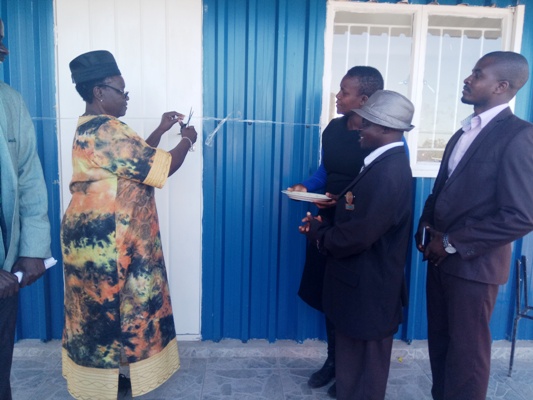